Are you among those who like shopping? How many times do you shop in one week? Where do you usually shop? Are you the type of person who likes to buy local goods or prefer imported ones? Do you like imported products, and often finds it difficult to buy these items directly from abroad? We don’t have the chance to go to the manufacturing country every other week, but now an alternative has been found which will certainly be convenient for you.

Is Worldwide Transaction a Problem?

The ordering process and the delivery of the goods are not the main problems. The real problem is making a payment transaction. Foreign transactions are usually carried out using a method called TT or Telegraphic Transfer. When doing or using this transfer method, you usually have to pay a commission to the bank that sent or transferred the money. The commissions are usually adjusted by the bank policy. The problem here is, the cost will not be cheap, because the transfer system between countries is an international system. Nevertheless, do not worry people, because now an application has been found, created by an American company called TransferWise. The alternative is in the form of a very amazing application. (TransferWise reviews here) 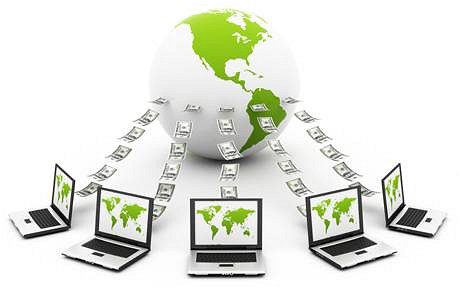 TransferWise borderless account was founded by two friends named Taavet Hinrikus and Kristo Kaarmann in 2010, based in the city of London. One of the supporters of capital in TransferWise is Peter Thiel, who has invested in PayPal, Facebook, and has a capital company, Valar Ventures. Capital supporters in the previous round consisted of Index Ventures, IA Ventures, and other investors. In May 2013, Transfer Wise received a working capital of $ 6 million. Since its founding, TransferWise has successfully pocketed working capital of around 33 million dollars, including seed funding that was received in 2011 and 2012. TransferWise applications can be integrated with Facebook. This application allows Facebook users to make money transfer transactions to other bank accounts, both at home and abroad, just by using the chat feature.

IS TransferWise Safe? TransferWise was launched, to make international cross-border money transfers cheaper, faster, and safer. TransferWise also notifies that customers only need to pay the costs that have been stated on the shipping form, with no hidden costs. The advantage of TransferWise is that it is more transparent to the costs that will be charged to customers. TransferWise uses a trusted foreign exchange rate, so customers get a better and more profitable exchange rate. Transferwise can also be used to transfer money to all countries and continents such as Transferwise USA, Europe, Asia and almost everything on this earth. Therefore, for those of you who like to shop online with overseas transactions, there is no need to worry because TransferWise is a solution without any problems at all.